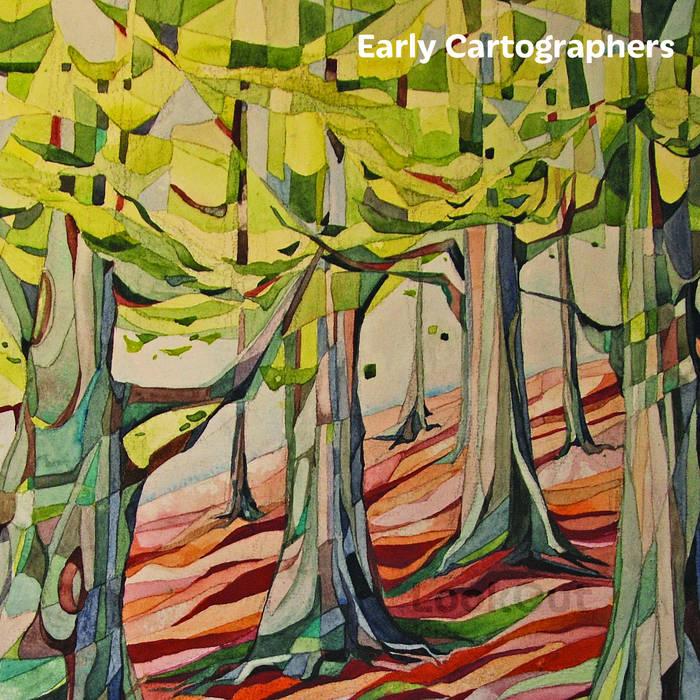 Sven B. Schreiber The "Early Cartographers" are - so to speak - the "folk rock edition" of the post-progressive band "inFictions". You'll immediately recognize the voice of Ed Cartledge, and you're probably not surprised to find out that he's the main songwriter here once again. It seems that everything he begins emerges as something special, something unusual, something brilliant in the end. This album is another proof. Favorite track: In the Old Days.

"It’s the transient moments of gorgeous melody and mature musicianship that help to bridge the gap between the traditional folk sound of the band and a more contemporary aesthetic, with sonic links to outfits like Midlake and Beirut. The complex instrumental arrangements give the album a refined and rich texture without ever sounding overdone or tired."
Now Then Magazine, Sept 2015

All Music & Lyrics by Ed Cartledge except...
For William (Music by Will Campbell)
For Natalie (Music by Nat Mortimer)
All Roads Lead to Other Roads (For Adam) (Music & Lyrics by Ad Follett)
Arranged & Performed by Early Cartographers
Produced by Early Cartographers and James Fosberry with additional production by John Sephton and Paul Harris.
Mastered by Eric James at Philosopher's Barn Mastering
Artwork by Cath Dunn - cathdunn.me.uk

Bandcamp Daily  your guide to the world of Bandcamp